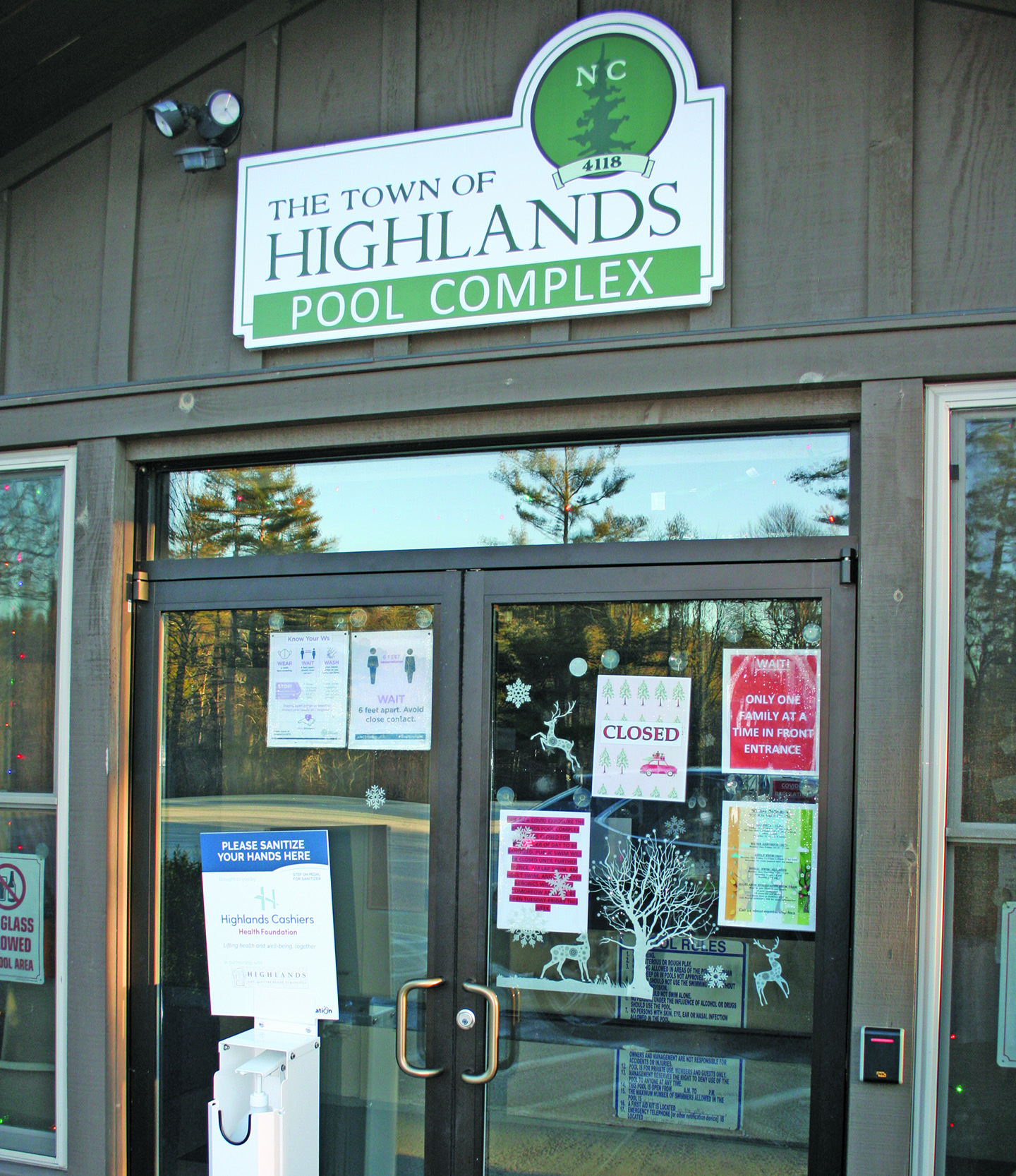 According to Highlands Town Manager Josh Ward, one of the pool’s users informed town staff that they had tested positive for COVID-19 and had used the pool in the days leading up to their positive test.

“Because of when the person was at the pool, there was a possibility that town staff members may have been exposed at the facility,” Ward said. “Those employees have been in contact with the Macon County Public Health Department and are following their recommendations. To be safe we decided to close the pool completely on Monday for thorough cleaning and sanitizing.”

Due to the possible exposure to town staff, the pool will be closed for public swim until further notice. Unsupervised group activities such as adult lap swim and the morning water aerobics class resumed on Tuesday following the deep cleaning.

Ward noted that the town has purchased a disinfectant fogging machine, which sprays a fine mist that kills viruses on contact and clings to surfaces to ensure they are not contaminated.

“We decided to buy a fogger for the rec department prior to the youth basketball season, which started last Saturday,” Ward said. “The machine works great and it’s a fast and effective way to disinfect a large area like the gym or the pool in a short time. The fogger was a suggestion from Macon County after they bought similar equipment to use in the county’s public buildings such as the courthouse and the community building in Franklin.”

The town rec department staff will continue all cleaning and sanitizing measures at the pool facility in the coming days before announcing when the facility will reopen.

One new case was confirmed at Highlands on Monday and two additional positive cases were confirmed on Tuesday. Cases were also confirmed at Franklin High School, Macon Middle School and South Macon Elementary.

There are currently 123 active positive COVID-19 cases in Macon County, according to Macon County Public Health records. There are 284 tests pending results.